Top Technology Titans That Shaped The Landscape In 2019 – Forbes

Even if you’re not a tech analyst, enthusiast or hyper-connected geek that follows the industry, it was obvious that we’ve achieved major technology milestones in 2019, and the pace of innovation is now accelerating dramatically and in some areas exponentially. Artificial Intelligence (AI) was perhaps the hallmark of technological advancement this year, with its amazing potential that’s both exciting and perhaps even frightening to some. However, there were many other areas of impressive technological advancement in 2019, fostered by a few key players that pushed beyond the boundaries of legacy platforms to enable new capabilities, tools, experiences and in some cases completely new paradigms as a result.

In the following short list, l’d like to recognize the achievements of some of these major tech companies that set new standards in performance, enabled better experiences and helped usher in a new relentless pace of innovation in 2019 that will drive us forward in significant ways in the coming new year.

The rest of my list will be in no particular order of importance but AMD is sitting on top here as a standout. The company started an impressive turnaround back in early 2017, with its first gen Ryzen processors and Zen CPU architecture. However, this year marked a veritable turning of the tables for AMD in high-end desktop and workstation computing. The company’s Ryzen 3000 series of processors take on Intel’s Core series more-than competitively at like core counts, and typically do so at lower price points. Further, in the very high-end, AMD’s Ryzen 9 3900X and 3950X, which are still part of AMD’s mainstream platform, offer 12 and 16-core solutions that even Intel’s HEDT platform CPUs simply can’t match at their respective price points, and with superior multithreaded performance to boot. And with AMD’s true HEDT platform, 24 and 32-core Threadripper smokes any consumer CPU Intel has to offer currently. AMD’s CEO Lisa Su and CTO Mark Papermaster have completely re-positioned the company in the competitive landscape, and in conjunction have afforded consumers great new X86 processor alternatives in the market. Moving forward, AMD’s Zen 2 and follow-on Zen 3 CPU architectures are also expected to chip away even further at Intel’s market share in the profitable data center server space as well, though their impact in mobile platforms still remains to be seen. Regardless, hats off to AMD for kicking off the era of the “chiplet” with a fat cache. If there was one other big buzzword acronym for 2019, it would have to be “5G.” Set to transform the wireless connectivity ecosystem and usher in robust wireless broadband services, 5G technology, with its multi-gigabit bandwidth and exponentially higher capacity, will enable new experiences and use cases. From smart, always-connected cities, factories and autonomous vehicles, to fixed wireless broadband in your home, 5G will afford many industries and consumers the ability to truly cut the cord. And if you were to ask me to name one company that has made the biggest impact on 5G enablement and the rollout that’s happening right now, that company without question is Qualcomm. Qualcomm is a comprehensive solutions provider of 5G technologies from modems and processors for client devices like handsets and laptops, to RF antenna modules for all sorts of 5G applications on the customer premise, both residential and the enterprise, supporting both mmWave and Sub-6 5G wireless connectivity. Eventually not only will 5G enable faster smartphone connectivity for you, the technology will also enable new services with its higher bandwidth, lower latency and greatly expanded network capacity, in your home, at the office or on the road. Cision forecasts the 5G infrastructure market to scale north of $47 billion by 2027. Qualcomm is a critical technology supplier for the 5G rollout and the company is uniquely position with solutions for not only devices like Apple’s next gen iPhone and Samsung’s next Galaxy, but virtually everything else that will be 5G-connected as well. 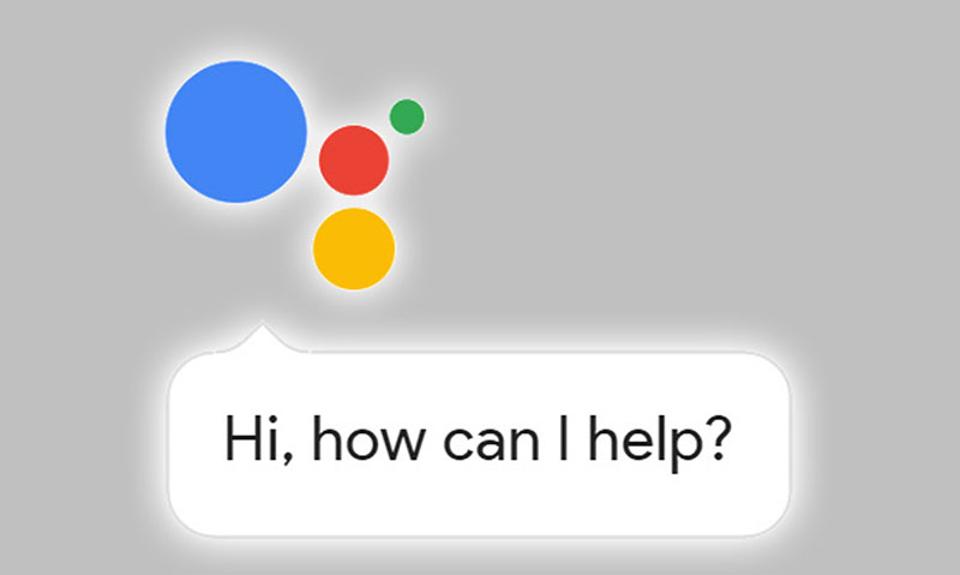 We all recognize Google as the internet search and advertising juggernaut, as well the steward of the vast and perpetually growing ecosystem of Android mobile devices. However, this year Google also made significant strides as a pioneer of Artificial Intelligence (AI). AI was probably the most over-used buzzword of 2019, with many tech companies sprinkling it around mostly for marketing purposes. However, Google demonstrated the embodiment of real artificial intelligence this past year. Sure, Google’s AI developments have demonstrated super-human intelligence versus human opponents in games like StarCraft II and Go, but perhaps more impressive is what Google is now productizing with its AI technologies. Google Assistant has been cited as the most intelligent personal assistant AI currently, versus the likes of Apple’s Siri or Amazon’s Alexa, but it also now allows you to converse in any foreign language on the fly, in Interpreter mode. In another example, closer to home for me, I was recently traveling and needed to make dinner reservations. I fired up Google search on my Pixel 4 XL phone and found the restaurant I was looking for. After pushing a button on the search result page, that I thought would be tied to a service like Open Table (it asked me to fill in my preferred time and number of people in my party), I realized it actually then connected to Google Assistant on my phone and called the restaurant in the background without me having to make the call myself. A few minutes later, my reservation was confirmed and Google notified me with a quick text message. Color me impressed with this real life demonstration of AI making life a little easier. Though Intel has certainly been challenged by AMD in the desktop processors space, as well as the company’s missteps to fully migrate to its next gen 10nm chip manufacturing process node, you simply have to applaud Intel’s continued dominance and leadership in mobile PC client computing. This year finally did mark Intel’s success with its 10nm Ice Lake mobile processor launch and its integrated Gen 11 graphics technology. Not only does Intel’s Ice Lake-based Core i7-1065G7 offer better general multicore CPU performance in its quad-core variant, but its on-board Iris Plus graphics is now on par with even some low-end discrete GPU solutions and up to 2X faster than Intel’s previous gen UHD 620 graphics. Tack on Intel’s roll-out of its 6-core Comet Lake Core i7 models in 15 – 25W TDP configurable versions, in addition to its AX200 Series Wi-Fi 6 modem modules with Bluetooth 5, and the mainstream Intel-powered Ultrabook is still every bit as thin, light and sleek but also stronger, faster and better connected now as well. Whether or not you think real-time ray traced graphics is an impactful effect in the current generation of games on the market that support it, there is no question that ray tracing is the future of 3D graphics for gaming. As underscored by a myriad of game developers and the major game engines on the market that support it now — like Epic’s Unreal Engine and the cross-platform engine Unity — ray tracing will eventually be a checkbox technology in game titles that will enable realistic lighting, shadows and reflections for a much more immersive gaming experience. Also without question, NVIDIA has pioneered enabling the technology with dedicated ray tracing engines for hardware acceleration of RT workloads on its family of GeForce RTX GPUs. Not only did NVIDIA GeForce RTX allow developers to work with ray tracing in their next generation game titles, but gamers from all walks of life were able to experience it in real-time for the first time on their PCs.

You have to hand it to NVIDIA for making ray tracing technology real and taking it mainstream. There are dozens of game titles with ray tracing on the market now, or developers that have committed to ray tracing in a future release. In addition, console manufacturers have gone on record as well, in support of ray tracing on their future platforms. And so its clear ray tracing is the way of the future, and we have NVIDIA to thank for getting that party started sooner rather than later, on the PC, and soon coming to other platforms as well. Samsung made my short list here for blazing a trail as well. Taking the path untraveled is never easy, so I also have to hand it to Samsung for being first to market with a foldable device, and as a result, for helping to define an entirely new category of foldable mobile devices. Samsung’s Galaxy Fold had a bumpy introduction to the market without question but we had to start somewhere. As arguably one of the best mobile display manufacturers on the market, with its excellent Super AMOLED technology, it was only fitting that Samsung would carry the torch in foldable display-based devices as well. Fast forward to today and we now have foldable display-based product concepts from virtually all corners of computing, from traditional PC makers like Dell and Lenovo, to a myriad of foldable handset devices coming out in the future as well. Foldable display technologies need more refinement and advancement for more optimal product implementations for sure, but it was Samsung that kicked off the trend and I’m optimistic where the technology will take us in 2020 and beyond.

That wraps up my half-dozen top picks for the leaders in tech innovation this year but certainly my list was not exhaustive. There are many more tech titans we could discuss here but in the interest of brevity before the ball drops, I’ll end it and offer best wishes for a healthy and happy 2020. These innovations and innovative companies will undoubtedly continue to march on and further shape the tech landscape, and I’m excited for the future promise they hold.