Companies such as Google and Amazon have encroached on Sonos’ market by selling smart speakers that are also easy for consumers to link up to play the same song, or different tunes, in rooms around their homes.

“Google is an important partner with whom we have collaborated successfully for years, including bringing the Google Assistant to the Sonos platform last year,” Sonos told CNBC. “However, Google has been blatantly and knowingly copying our patented technology in creating its audio products. Despite our repeated & extensive efforts over the last few years, Google has not shown any willingness to work with us on a mutually beneficial solution. We’re left with no choice but to litigate in the interest of protecting our inventions, our customers, and the spirit of innovation that’s defined Sonos from the beginning.”

The lawsuit, which was filed Tuesday in Los Angeles, says Google gained knowledge of Sonos technology when the two companies worked together to bring Google’s streaming music service to Sonos speakers in 2013.

“As early as 2013, Google gained knowledge of Sonos’s patented multi-room technology through a partnership with Sonos to integrate Google Play Music into the Sonos platform,” the lawsuit says. “However, just two years later in 2015, Google began willfully infringing Sonos’s patents when it launched its first wireless multi-room audio product – Chromecast Audio. Since 2015, Google’s misappropriation of Sonos’s patented technology has only proliferated, as Google has expanded its wireless multi-room audio system to more than a dozen different infringing products,” the suit says.

It looks really similar to the original Sonos Play:1 (on right)

“Over the years, we have had numerous ongoing conversations with Sonos about both companies’ IP rights and we are disappointed that Sonos brought these lawsuits instead of continuing negotiations in good faith,” a Google spokesperson told CNBC in an emailed statement. “We dispute these claims and will defend them vigorously.”

Sonos made a name for itself by creating and selling speakers that made it easy for people to play music in different rooms of their homes. Since then, Google and Amazon have introduced smart speakers that are capable of doing the same thing. While Sonos isn’t currently suing Amazon, it suggests in the lawsuit the company is also infringing on its patents. The New York Times reported that Sonos did not want to risk suing both Google and Amazon at the same time.

“The Echo family of devices and our multi-room music technology were developed independently by Amazon,” an Amazon spokesperson told CNBC. “Our focus is on building the best possible experience for our customers and partners building with Alexa. In fact, The Alexa flywheel is helping to generate billions of dollars for the Alexa developer and device maker community.”

Sonos speakers use technology from Google and Amazon in their speakers too. Some of its more modern products let users choose to speak to either the Google Assistant or Amazon Alexa. There were many great technology books published in 2019, but here are ten that I found particularly insightful. If you are unfamiliar with these works, I suggest… 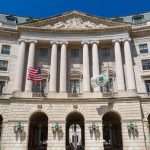 There were many great technology books published in 2019, but here are ten that I found particularly insightful. If you...