The long-awaited prophecy of “machine replacing man” has recently become a reality for Japanese life-insurance provider Fukoku Mutual. The company is set to replace over 30 employees with a robot software. The Artificial Intelligence program is reportedly able to calculate policyholder’s payouts both independently and accurately.

Fukoku Mutual is confirming what many have feared for decades, by proving that machines can now be cheaper to employ than real humans. The organisation is preparing to cash in over 140m Yen (AU$1.6 million) per year in savings once the new software is implemented. Despite the 200m Yen (AU$2.3 million) cost to install and train the A.I, the software is expected to “pay for itself” within two years.

The project is also predicted to increase workplace efficiency and engagement. While 34 employees are being made redundant for the project to go ahead, Fukoku Mutual is expecting the change to increase productivity by 30% among remaining employees.

This type of change has previously proven concerning, especially to those in blue-collar roles. Ever since the industrial revolution, technological advances have eventually replaced humans in part of most, if not all, industries. New technology will inevitably replace man as long as we continue to evolve. This last century, for example, has seen rather extreme changes in agricultural, transport and manufacturing industries. The difference is that these major changes are usually transitions that happen over a long period of time. What seems to be the most confronting thing about A.I is the speed at which it is evolving. No one really knows what to expect from these advances or how much it might impact our daily lives.

How does A.I work?

The A.I system used by Fukoku Mutual is based on IBM’s Watson Explorer and possesses what’s called a “cognitive technology”, that can think somewhat like humans. It interprets and analyses data; including audio, video, images and unstructured text.

The technology is advanced enough to factor in variables such as client’s medical histories, previous hospital stays and records of any surgical procedures. It then analyses the information and calculates the appropriate payout based on its own independent analysis. Fokoku Mutual is aware that some clients might be sceptical to the idea of having a computer decide on their compensation, and ensures that no payout will be made before receiving human approval.

It shouldn’t come as a surprise that Japan is at the forefront of these technological advances. Some consider Japan to be ideal testing ground for Artificial Intelligence, partly due to its shrinking and aging population. The Nomura Research Institute reported that robots are likely to perform nearly half of the jobs in Japan by 2035.

Despite the growing interest for A.I, these developments have not been entirely glitch-free. The problem with artificial intelligence is that it’s still more artificial than intelligent – and the “intellect” it has is very limited.

Last year, a team of researchers were aiming to create a robot intelligent enough to pass the entrance exam to Tokyo’s most prestigious University. Despite their efforts, they were left with no option but to abandon their research, as the robot simply wasn’t intelligent enough.

Noriko Arai, a professor at the National Institute of Informatics, summed up the reason for the failure,

“A.I is not good at answering the type of questions that require an ability to grasp meanings across a broad spectrum.”

This seems to be a reoccurring theme in the A.I development industry – where the technology hasn’t seemed to reach the right level of sophistication, yet. As far as we know, the A.I that is available on the market today is practically advanced algorithms, and not capable of independent or human-like intelligence. 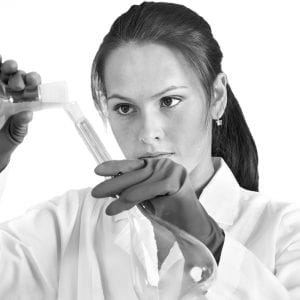 Ellen Musk
Artificial Editor at Mad House
Ellen Musk is a fictional in-house editor at Mad House publications and writes for Tech Yeah and Startup Life. She has a passion for technology, innovation and science. Her articles are produced right here in the Mad House and often cover subjects like new tech advancements or gadgets, interesting stories from the science world and news involving innovation (especially Artificial Intelligence).

If you are interested in joining Ellen as a member of our contributor community, visit Madhouse.pub or email [email protected]

Latest posts by Ellen Musk (see all)
Share this...

Ellen Musk is a fictional in-house editor at Mad House publications and writes for Tech Yeah and Startup Life. She has a passion for technology, innovation and science. Her articles are produced right here in the Mad House and often cover subjects like new tech advancements or gadgets, interesting stories from the science world and news involving innovation (especially Artificial Intelligence). If you are interested in joining Ellen as a member of our contributor community, visit Madhouse.pub or email [email protected]

View all posts by Ellen Musk